I’ve been working on a novel that takes place in the seventies and it has proven eye-opening in what research has uncovered,, and what it’s brought to mind. Although I am old enough to have lived through that era, I spent most of it in the U.K. , which had problems other than the ones so divisive to the United States. 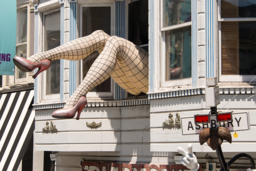 Viet Nam and Watergate marked the decade, the former possibly sowing the seed of today’s divisions in our country, the latter being compared at times to the present government. But I’m not here for political proselytizing; I did not give (thus far) politics anything more than a passing mention in my book. I’ve used the seventies as background, and in so doing, have discovered quite a few END_OF_DOCUMENT_TOKEN_TO_BE_REPLACED

Fellow member of Women Writing the West, Amy Hale Auker writes and thrives on a ranch in Arizona where she is having a love affair with rock, mountains, piñon and juniper forests, the weather, and her songwriter husband who is also foreman of the ranch. She is the author of Rightful Place, Winter of Beauty, The Story is the Thing, and the forthcoming Ordinary Skin: Essays from Willow Springs. END_OF_DOCUMENT_TOKEN_TO_BE_REPLACED

Another  co-author from The Good, The Bad and The Ghostly, Charlene Raddon is also a talented cover designer. Her first serious attempt at writing fiction came in 1980 when a vivid dream drove her to drag out a typewriter and begin writing. Because of her love of romance novels and the Wild West, her primary genre is historical romance. Kensington Books originally published five of her novels. These were later released as eBooks by Tirgearr Publishing. Currently, they are self-published with new covers designed by the author. END_OF_DOCUMENT_TOKEN_TO_BE_REPLACED

Tagged A Ride Through Time, Charlene Raddon, ghosts, paranormal activity, tarot readings, The Good The Bad and The Ghostly

Adding a dash of Western. No big deal, right?

Sci-fi junkie, video game nerd, and wannabe manga artist, Erin Hayes writes a lot of things. Sometimes she writes books. She works as an advertising copywriter during the day, and is a New York Times and USA Today Bestselling author by night. She has lived in New Zealand, Texas, Alabama, and now San Francisco with her husband, cat, and a growing collection of geek paraphernalia. Here’s her take on moving from writing paranormal romance to a western historical setting. END_OF_DOCUMENT_TOKEN_TO_BE_REPLACED

Tagged Erin Hayes, How the Ghost Was Won, The Good The Bad and The Ghostly

I’m happy to have here once more fellow author from Come Love a Cowboy Keta Diablo.

COME LOVE A COWBOY is now available at http://Come-Love-Cowboy-Kathleen-Ball-ebook/dp/B01D5876UK/

The dictionary says sultry means to be hot with passion or to be capable of exciting strong sexual desire. But sultry can also mean sweltering or torrid. END_OF_DOCUMENT_TOKEN_TO_BE_REPLACED

Tagged Come Love a Cowboy, Keta Diablo, Three for the Win, To Kill a Mockingbird

A few weeks ago I sought the web page for the NY Public Library, checking to see about opening hours for this magnificent building. What greeted me was a display of various books that had been banned or censored over the years, most of which were well known to me as an avid reader. What I didn’t know was that the last week in September is Banned Books Week, “Celebrating the Freedom to Read.” I wondered whether the freedom to read coexists with the freedom to write? END_OF_DOCUMENT_TOKEN_TO_BE_REPLACED

Completed Manuscripts This is the most common and the most important. None of the other deadlines can happen until you meet this one, and no one else will be able to meet their deadlines unless you meet yours. If you are not published yet, you will never be published unless you finish that manuscript or two or three. As said earlier, being productive and making progress is the key to making writing a career. END_OF_DOCUMENT_TOKEN_TO_BE_REPLACED

The Good, The Bad, & the Ugly of Deadlines

For the next couple of weeks, I have fellow author from The Wild Rose Press,

Sydney St. Claire is the pseudonym of Susan Edwards, author of 14 Historical Native American/Western/Paranormal romances and the author of the popular “White” Series. END_OF_DOCUMENT_TOKEN_TO_BE_REPLACED

What is Sharing and why do you need to encourage it?

I’m pleased to have literary promotion experts Babs Hightower and Barb Drozdowich with me today to give a little insight into the world of social media. END_OF_DOCUMENT_TOKEN_TO_BE_REPLACED

Posted in Uncategorized, Writing and Literature

Why I Ride by Amy Hale Auker

Fellow member of Women Writing the West, Amy Hale Auker, is a Texan now living in Arizona, a writer, mother, and cowboy.She writes and rides in the Santa Maria Mountains with her husband, singer/songwriter Gail Steiger.  Her first book, Rightful Place, was the 2011 WILLA winner for creative non-fiction and Foreword Book Reviews’ Book of the Year for essays. END_OF_DOCUMENT_TOKEN_TO_BE_REPLACED

Posted in Literature of the West, Women writers, Writing and Literature