Does the West Define America? 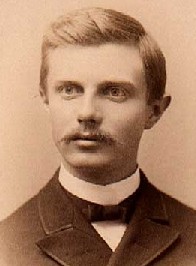 A few months ago, Amazon came up with one of its ‘suggested reading’ promotions that actually interested me. It was a book, obviously meant for students of history, called ‘Does the Frontier Experience Make America Exceptional?’ What an interesting question, I thought: does it?

Having travelled abroad fairly extensively since the late ’60s, I was aware that America means a lot of different things to different people. Sometimes one might get asked about New York and the Empire State Building; sometimes one might get a quip about Disneyland. There are, of course, more abstract ideas that represent America, Democracy being the most obvious. But the one pervasive idea about America early on, before the world became a place where news and photos were available instantly, was ‘Cowboys and Indians’. But do Cowboys and Indians a frontier make? Note that North America is the only area of the world where the word ‘frontier’ is used in the sense of a relatively uninhabited area that emigrants might homestead. The rest of the world simply employs the word to mean a border between countries.

The initial question as regards the frontier defining America was actually the idea of historian Frederick Jackson Turner, who gave a paper on this matter at the Chicago World’s Fair—the famous White City fair—of 1893.

At the time, he was a thirty-one year old history professor from the University of Wisconsin, Madison, but he would go on through John Hopkins University and finally Harvard, having such an eminent career as an historian that his ideas are still discussed and debated today. However, back in 1893, as he gave his discourse to the American Historical Association, down the road Buffalo Bill’s Wild West and Congress of Rough Riders of the World was playing to packed audiences. The U.S. Census Bureau had declared the frontier “closed” in 1890 using their code of density of population. Here were two men representing that frontier in two very different ways. Turner’s idea of the frontier was empty land awaiting occupation in a relatively peaceful manner; it was also a moving line that had started in what we now consider the east and had slowly made its way to the Pacific. It was won with farming tools, such as the plow. Buffalo Bill represented the frontier as a constant battle to wrest lands from the hands of savage indigenous peoples with rifle and knife. In other words, Turner saw the frontier in terms of a defeat of Mother Nature; William Cody saw the frontier as a defeat of Native Americans. What they had in common, however, was that they both saw the frontier as the point where wilderness met civilization, and they both viewed America’s history in terms of the colonization of the ‘West’.

Turner wrote, “The United States lies like a huge page in the history of society” (pg. 23). His history of society went like this: “The buffalo trail became the Indian trail, and this…the trader’s “trace;” the trails widened into roads, and the roads into turnpikes, and these in turn were transformed into railroads…The trading posts…were on the sites of Indian villages…and these…have grown into…cities…” (pg. 25)

Buffalo Bill, on the other hand, saw this history as Indian hostility and white retaliation, neatly turning the vanquishers into victims. It’s interesting to note that his show included, at various times, Sitting Bull and other Sioux who had helped defeat Custer and who would later return to the Dakotas during the Ghost Dance troubles to fight once more. Similarly, Cody would serve as scout for the army during this period.

So, is America defined, then, by this one area of the country we call ‘The West’ and, if so, what constitutes that definition? For starters, there had to be an amount of independence in a people heading to settle an unknown wilderness; no longer was there the subordination of a lower, peasant class: they would be landowners. This, in turn, would raise not only a spirit of independence and self-reliance from their ability to manage the range and farmlands now at their disposal, but also a social interdependence from overcoming the obstacles of an arid landscape. The farmer, cowboy, sheepherder would become dependent on the inventor, the irrigator, and the engineer. In turn, according to Turner, a capitalist elite would arise.   One has to keep in mind that the water empire is a purely western phenomenon; one-tenth of the world’s total of irrigated acres lie in the seventeen western states between the one-hundredth meridian and the Pacific, so it could certainly be considered a uniquely American venture. Finally, there is the West’s interaction with a federal government, possibly at times tinged with resentment yet still necessitating a give-and-take relationship. It was the government who instituted the Homestead Act, the Desert Land Act and so on, opening the frontier, while today ranchers and farmers must deal with such bodies as the Bureau of Land Management, not always happily. The federal government owns between .03% and 84.5% of land in all states, with the eleven westernmost states varying from 36.6% in CO to that 84.5% in NV.

Turner’s theory, of course, completely disregards a large swathe of what we consider American. It ignores Native Americans, women, and African Americans completely, as one might expect from a dissertation written in 1893. It disregards the culture, already existing at the time, of Hispanic peoples resident predominantly in the Southwest through to California. Miners of every ilk are neglected. Basically, it is an ethnocentric and bigoted view by today’s gauge. No mention is made of the traditions, cuisine, even native costume brought by the many and varied peoples who came across to populate the uninhabited frontier and thereby imparted such to our culture. Yet it remains that the frontier and the West loom large in our nation’s iconography. We must, therefore, be defined by it. And yet I must also ask, if we are defined by the West, then are westerners more ‘American’ than those of us descended from the immigrants who stopped on the east coast? Or are these traits common to us all?

Whether it is Larry McMurtry depicting the Old West or Kent Haruf depicting the New West, the American comes across as persistent, self-reliant, resilient, and indomitable—traits applicable to all Americans, one hopes, and a good mix of what both Turner and Cody saw in the frontier.

35 responses to “Does the West Define America?”