Whither A Transcontinental Railroad?

Anyone who read last month’s blog will know I recently acquired an engraving of a Transcontinental Railroad train stuck in a snowdrift.  The photo of this is below, in the March post.  The 1872 news article accompanying it briefly discussed the various routes that had been considered for the TRR, and this in turn raised a few questions.  The article seemed to almost insist that the only point upon which the decision of the route had been based was geography.  This didn’t sit quite right with me; I knew from fellow author Paul Colt that shenanigans had surrounded the construction of the TRR, so I turned to Paul to find out more about the decision of the route.

the Bozeman Trail ran.  But Red Cloud’s triumph proved an empty victory once the transcontinental railroad went through a year later, making the Bozeman Trail redundant.  Paul’s novel, Case File: Union Pacific, deals more directly with the TRR in that it is based on the Credit Mobilier scandal over the funds for construction of the railroad.

So, whom better to ask to do some research on the route of the transcontinental railroad than Paul Colt?

Whither A Transcontinental Railroad?

One of the most enjoyable aspects of writing historical novels is the research. Most fiction writers have experienced some form of the phenomenon where the characters take over and move the story in some unexpected direction. Once in awhile, historical research can also take an unexpected turn. 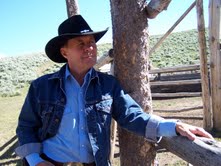 When Andi first suggested the idea of looking into the politics of choosing a route for the transcontinental railroad, I thought it sounded intriguing. It wasn’t long before I discovered a puzzle full of familiar dots with unfamiliar connections.

I’ve long had a fascination with the transcontinental railroad. In its day it was an engineering achievement of monumental proportions. It played an important part in two of my books. I thought I knew something about this chapter in our history. What I discovered in researching the route selection controversy is what seems to be another of those unexpected historical twists.

The notion of a railway to the Pacific seemed a natural progression in the nation’s manifest destiny as early as the 1840’s. The idea took root following the 1848 acquisition of western territories from Mexico and the discovery of gold in California the following year. The California gold rush in particular highlighted the need. Reaching the nation’s western-most possession could take as much as a year of dangerous overland travel or at best months by sea. As a practical matter there was no way to defend California. A Pacific railroad became a national priority. The question of what route it should take quickly emerged as a lightening rod for political controversy.

In 1853 Congress ordered a survey for the purpose of choosing the most practical and economic rail route from the Mississippi River to the Pacific Ocean. The War Department commissioned five survey parties. Three parties would proceed west from the Mississippi, exploring alternate routes through the northern plains, central plains to the Rocky Mountains and the newly acquired southwestern territories. Two parties would proceed east from northern and southern California to explore passages to join the westbound routes.

The survey teams finished their work in the fall of 1854. The War Department put forward its recommendation of the southern route preferred by Secretary of War, Jefferson Davis. Northerners in congress thought the recommendation reflected a certain regional bias. In fact, the controversy over which route to select quickly bogged down in differences over the future of slave and free-state territories.

This is where the connections between familiar dots became unfamiliar to me. I never saw the transcontinental railroad as a catalyst for the events that followed. It is possible I dozed off during that American history class in my high school junior year. It was fourth period, right after lunch in a large lecture hall so anything is possible. As I recall, for test purposes, we were more concerned with events and their dates than cause and effect. The controversy stirred up by selecting a route for the Pacific railroad drove straight at the heart of the slavery issue.

At this point it is useful to recall the Missouri Compromise of 1820. The United States had managed to maintain an uneasy balance of power in the Senate between slave and free-states until 1818 when Missouri applied for admission to the union as the twenty third state. Northern interests proposed to ban slavery in Missouri despite the presence of slave holdings in the territory. Southern interests were strongly opposed to any admission that would upset the balance of power in the Senate which protected their longstanding economic interest in the institution of slavery. The issue remained contentious until Maine applied for statehood, at which point both could be admitted, while maintaining the balance of power.

The Missouri Compromise, offered by Henry Clay at the time, sought to put the advance of slavery to rest on some more permanent basis. By its provisions, Louisiana Purchase territories west of Missouri and north of that state’s southern border would be admitted to the union as free-states. Territories south of the Missouri southern border would be admitted as slave states. The effect was to defer for a time territorial disputes over slavery. That equilibrium would necessarily be upset by the routing of a Pacific railroad. Both northern and southern interests rightly reasoned that building the Pacific railroad would spread settlement westward along the rail route and with it the territorial march to statehood.

As eastern railroads built west, they were drawn to favor a central route by 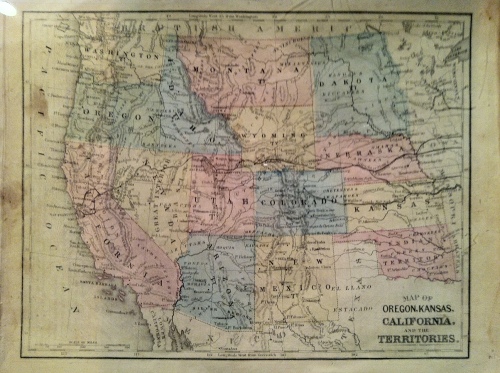 1879 map showing the final route of the TRR

commercial interests in Chicago and Mississippi River commerce concentrated in St. Louis. A central routing clearly favored formation of free-states, thereby putting an end to the Senate balance of power. With antislavery sentiment growing in the north, the south saw such a routing as an existential threat to its economic way of life. No agreement could be reached on a route for the Pacific railroad.

In 1854 Senator Stephen A. Douglas, Chairman of the Senate Committee on Territories, introduced the Kansas-Nebraska Act, proposing creation of two western territories along with repeal of the Missouri Compromise. This created the impression in the minds of Missourians and their southern sympathizers of a return to the balance of power formula for expansion. Northern interests were not fooled. A bitter floor fight ensued. The deadlock was broken by the addition of a ‘Popular Sovereignty’ provision to the act, which allowed inhabitants of the territories to determine the slavery issue. This well intentioned bit of ‘perfectly reasonable foolishness’ enabled Douglas, with the support of President Pierce and southern interests, to pass the bill into law.

When the slavery issue reached the ballot in Kansas, Missourians poured into the state to elect a pro-slavery territorial government over the objection of Kansas residents. This prompted Kansans to elect their own antislavery government. The issue bitterly divided the new territory to the point of bloodshed. Kansas burned as a harbinger to the wider conflict to come.

My historical recollection of that period is framed around John Brown and the abolition issue. I don’t remember the Pacific railroad route contributing to the dispute. Maybe if I lived in Kansas or Missouri I might have gotten a deeper appreciation for the dispute in my American History courses, but I didn’t get that connection from mine. Either I dozed off and really deserved that B, or the connection was overlooked.

The Pacific railroad remained a dusty stack of survey maps until 1861 when the boil that became the war of secession burst. Southern legislators resigned their seats in congress and returned home. Opposition to the central Pacific route disappeared. Union Pacific and Central Pacific proposals for a transcontinental railroad were put forward and approved by Congress in 1862. The Herculean construction effort would not complete until 1869, just in time to bind the nation’s reconstruction in economic union. American commerce and defense could now traverse the continent from Atlantic to Pacific in relative safety and comfort and do so in the breathtaking span of ten days.

Once in awhile, historical research takes an unexpected turn. I’ve had the experience three times in my writing career. All three gave me an idea for a book. Do the politics surrounding the transcontinental railroad route rise to that level? Not for me. Not enough guns, gals and horses for a novel. It’s probably already been done by some serious historian. I am interested to hear what you think. Is the connection between the transcontinental rail route and the slavery issue overlooked; or is it old hat? Either way the research was interesting. Thanks Andi.

20 responses to “Whither A Transcontinental Railroad?”